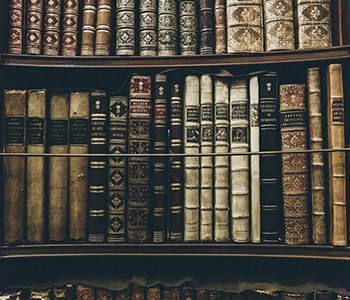 On January 23, 2019, the Pennsylvania Supreme Court has held that the household vehicle exclusion contained in a policy of motor vehicle insurance violated Section 1738 of the Motor Vehicle Financial Responsibility Law (“MVFRL”) because the exclusion impermissibly acted as a de facto waiver of stacked uninsured and underinsured motorist coverage.

This ruling, In Gallagher v. Geico, 35 WAP 2017 drastically helps all individuals with automobile insurance. The ruling will allow many individuals to utilize all of the coverage they pay for and stops insurance companies from utilizing a loophole to limit your coverage.

What is Underinsured and Uninsured Motor Vehicle Insurance?

Uninsured and Underinsured (“UM/UIM”) motorist insurance is coverage that an insured may utilize when the person who caused the accident does not have enough insurance to compensate the insured for their injuries. For example, if you are in an accident with serious injuries and the person who caused the accident has minimum coverage, after exhausting their coverage, you can then sue your own insurance company to fully compensate you. Pennsylvania law requires that insurance policies be stacked by default. This means, if you own three vehicles, with each vehicle being insured for $100,000.00 of coverage, by default, you can stack the three insurance policies together to have $300,000.00 of coverage. The logic behind this is, you are paying the premiums for all three policies, so, if you are seriously injured and the coverage is needed, you should be able to utilize all three policies.

However, you can elect to waive stacking for a marginally lower premium. According to Pennsylvania law, this must be done in writing by signing a prescribed form.

Brian Gallagher had turned to Geico to insure his motorcycle and two family automobiles, but the company decided to treat the motorcycle coverage as an entirely separate policy. In Gallagher v. Geico, the Plaintiff, Brian Gallagher, was severely injured while riding his motorcycle when a man ran a stop sign and hit him. The man who hit the Plaintiff carried a minimal insurance policy. The entire amount of the minimal policy was paid to the Plaintiff. The Plaintiff carried a motorcycle policy with Geico that provided $50,000.00 of under insured motorist (UIM) coverage. Additionally, the Plaintiff carried an automobile insurance policy with Geico that provide for $100,000.00 in UIM coverage stacked twice, i.e. he had two vehicles with $100,000.00 in UIM coverage and elected to stack the policies. The Plaintiff never signed any documentation to waive stacking, and, in fact, elected to have stacking to provide himself with more coverage.

The problem was that the Geico automobile policy contained a clause stating it could not be stacked with any other policy. This clause is generally referred to as the household exclusion clause: “This coverage does not apply to bodily injury while occupying or from being struck by a vehicle owned or leased by you or a relative that is not insured for underinsured motorists coverage under this policy.”

Geico insisted the separating policies is a permissible method of limiting stacking. So Gallagher sued, saying Geico had charged him extra for “phantom” coverage benefits that it failed to deliver. Pennsylvania law requires insurers to combine the underinsured motorist coverage for household vehicles unless they have a plain-language document turning down this option signed by the customer. Gallagher signed no such waiver.

The high court majority resolved the matter by turning to the precise words of Pennsylvania statute that make the stacking of coverage the “default” available to every customer in the state. If a customer explicitly chooses to waive stacking, his premiums must be lowered. The justices blasted Geico’s exclusion language.

“This policy provision, buried in an amendment, is inconsistent with the unambiguous requirements Section 1738 of the Motor Vehicle Financial Responsibility Law under the facts of this case insomuch as it acts as a de facto waiver of stacked underinsured motorist coverage provided for in the MVFRL, despite the indisputable reality that Gallagher did not sign the statutorily prescribed underinsured motorist coverage waiver form,” Justice Max Baer wrote for the majority. “One of the insurance industries’ age-old rubrics in this area of the law is that an insured should receive the coverage for which he has paid.”

This decision has serious implications for Pennsylvanian Motorcyclists. If you have been injured in a motorcycle accident you may now be entitled to access UM/UIM coverage from all of the vehicles in your household. As always, the attorney you hire for your accident matters. You need a lawyer who is knowledgable of the most recent developments in insurance law and can maximize your claim.

Troy R. Crichton, Esq. has recovered millions for accident victims throughout Pennsylvania and New Jersey. If you have any questions about your car insurance policy or a claim you have had for an accident in Pennsylvania, please do not hesitate to call us at (267) 225-3317 for a free consultation.