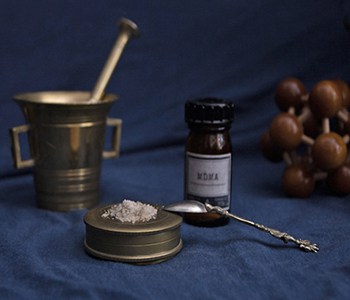 In the above captioned case, the Pennsylvania Superior Court has expanded the jurisdiction and liability of those who deal drugs inside the Commonwealth of PA. Traditionally, state level possession with intent to deliver and related charges are subject to the jurisdiction of the state. i.e. must take place within said state’s jurisdiction. However, Commonwealth v. Peck expands the Court’s jurisdiction with regards to drug delivery resulting in death.

Drug Delivery Resulting in Death: Delivery not in Pa.:  The defendant sold heroin to the decedent in Maryland.  The decedent then died in the PA of an overdose.  The trial court granted defendant’s motion to dismiss the delivery charge on jurisdictional grounds. On appeal the defendant claimed the drug delivery resulting in death could not stand as he was not guilty of one of the elements of the crime – the delivery.

The Court sided with the Commonwealth’s argument that although the delivery occurred elsewhere, the court had jurisdiction to convict under 18 Pa. C. S. § 102 which makes the location of the delivery irrelevant so long as the “result” occurs in Pa.   In other words, since the victim died in Pennsylvania, that was enough to subject the Defendant to jurisdiction.

The Court’s legal reasoning is particularly suspect in this matter, as the Court relies on §102(c) relating to homicide to for the language “if the body of the homicide victim… is found within this Commonwealth, it is presumed that such result occurred within this Commonwealth.” However, 18 Pa. C.S. §2506 (Drug delivery resulting in death statute) is not a criminal homicide; rather it is a First Degree Felony. Regardless of the Court’s legal reasoning, Com. v. Peck may be a decision that is more closely rooted in the backlash against heroin possession with intent to distribute in light of the current and far reaching opioid epidemic.

Drug Delivery Charge? We Can Help.

If you or someone you care about has been charged with any type of drug crime in Philadelphia or the surrounding counties, you need the help of a Troy R. Crichton, Esq. Call (267) 225-3317 to discuss your defense today.