Bail! What is Bail? How Does it Work in Philadelphia, PA 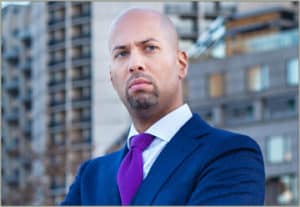 Almost everyone has heard the term bail in T.V. shows and movies. But few people know what bail is and the role it plays within the judicial system.

Bail has two purposes under the law:

Although public policy attitudes towards bail have been fluctuating in recent years, many defendants in Philadelphia, PA, Bucks, Montgomery, Chester, and Delaware Counties still have bail set at what many consider to be astronomical levels.

Bail is generally set upon the arrest of a defendant. Therefore, if you know that there is a warrant out for your arrest, the best thing you can do is hire a Nebbia and bail hearings attorney in Philadelphia, PA and turn yourself in.

Hiring an attorney and turning yourself in lets the Commonwealth of Pennsylvania judicial system know that you are taking your case seriously and you are planning on appearing in court as directed by a judge. After all, you’ve already invested in your case by hiring an attorney. This also lets your attorney begin working on your case as soon as possible. One of the first things your criminal defense attorney can do is talk to the magistrate who will set your bail and argue for a lower bail or no bail at all.

If I Am Arrested, when do I Get a Bail Hearing?

Of course there are times when people aren’t able to turn themselves in, but are arrested without a lawyer. In these instances, a lawyer won’t be able to negotiate bail as part of your surrender. However, you have two options to reduce bail:

How is Bail Set in Philadelphia, PA?

How bail is set in Philadelphia, PA depends on the severity of the crime. For non-violent misdemeanors, as well as some felonies, bail is immediately set based on a schedule.

However, for most felonies, bail will be set by a bail commissioner following a short bail hearing that takes place via video from the police district. In Philadelphia, Defendants are generally represented by an intern from the public defender’s office who cannot adequately argue bail for ever person arraigned in Philadelphia. Accordingly, it is important to have someone present to speak on your behalf. The commissioner will consider a variety of factors, including the defendant’s previous record, the severity of the crime and the likelihood that the defendant will show up for court hearings. There is a general constitutional requirement for bail, but for some very serious crimes, defendants can be held without bail.

How do Bail Bonds Work?

What is a Nebbia Hearing? How do I get the “Nebbia” lifted in Philadelphia, PA?

A Nebbia hearing, also known as a bail source hearing, is a court procedure during which you must disclose to the courts the source of the money you are using to post bail. NEBBIA HEARINGS REQUIRE A LAWYER. The lawyer must file a Motion to Lift the Nebbia detainer and request a hearing.  During Nebbia hearings, you must produce evidence showing that the assets you’re posting for bail were financed legitimately, and not from the profits of criminal conduct (such drug trafficking, theft, or fraud).

You and your Nebbia and bail hearings attorney can present various forms of evidence to show the court that your bail assets come from legitimate sources, such as:

Troy Crichton has gotten positive results in thousands of bail hearings. Even better, Troy Crichton has also prevented many clients from ever seeing the inside of a cell by representing them pre-indictment/charging and assisting with their turn-in. Again, the best time to worry about bail is before you are even formally arrested. If you have a bail issue or Nebbia hearing, contact Troy Crichton today at (267) 225-3317.

I Was Injured but I Signed a Liability Waiver. Can I Sue?

Exciting experiences like ziplining, training classes, and sports and activities provided by businesses are often accompanied by legal documents known as liability waivers. As a participant, it’s important to know

This year Philadelphia became the first major city in the United States to ban law enforcement from pulling drivers over for minor traffic violations. The bill, called the Driving Equality

Injuries at public events can be dangerous when adequate safety measures haven’t been taken. Too often concert venues become hazardous when they are overcrowded or when proper security and emergency

Avoid Liability for an Icy Slip and Fall This Winter.

Roughly 1 million adults are injured in slip and falls in the US every year. In the winter, the rate of injuries incurred from slip and falls also increases, due

Who is at Fault In a Rear End Car Accident?

Who Is at Fault In a Rear-End Car Accident?  Rear end collisions are typically the fault of the rear end driver. Under Pennsylvania law, drivers are expected to maintain a