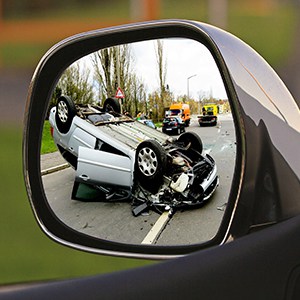 Most people haven’t heard the term “Limited Tort” until after being injured in a car accident. Simply put, “Limited” Tort limits your right to sue for pain and suffering in an accident that was not your fault. You can still recover for unpaid medical bills, lost wages and property damage, but not for the actual suffering and trauma you’ve had to endure.

In order to recover for pain and suffering with limited-tort insurance you need an experienced Pennsylvania car accident lawyer. This is not something you can do on your own. Insurance adjusters routinely deny limited tort claims stating “the victim doesn’t breach the limited tort threshold” based solely on treatment records. This is just one of the many tricks insurance companies use to deny your claim. However, whether or not someone “breaches limited tort” has little to do with the treatment records of the injury. In order to recover for pain and suffering under limited tort, the injury must be considered a “serious injury or serious impairment of bodily function” as defined by the Pennsylvania Courts.

In Washington v. Baxter, 719 A.2d 733 (Pa.1998), the Supreme Court of Pennsylvania held that the issue of what constitutes a “serious injury” should be decided by a jury. The Court gave further guidance stating that the focus of that question is not on the injuries themselves, but how those injuries affect a particular body function….and that an impairment need not be permanent to be serious.

So back to that adjuster who just rejected your claim: How can they? They don’t know YOU, they don’t know YOUR life and they sure don’t know how that injury has affected you. For example: I live in a third floor walk-up apartment in Philadelphia and generally walk everywhere: the grocery store, work, to see friends, the EL…everywhere. If my foot was injured in an accident it would have a tremendous impact on my life. It would be a struggle to even get up the stairs to my apartment, add at least an hour to my walking commute or force me to spend money on cabs. It would impact my social life…..suddenly walking downtown shopping or to the museum is a lot less enjoyable, pick-up sports? Forget it! Grabbing a beer with friends? Everyone going dancing? Only to have to struggle up and down three flights of stairs? Might as well stay home. Simply put it would have a much more serious impairment for ME than it would be for someone who may commute by vehicle or live in a single story home.

If you’ve been injured and have limited tort insurance, you need Troy Crichton, Esq. to fight for you. Troy has made these and other successful arguments on behalf of his clients throughout Pennsylvania to ensure that insurance companies recognize that your injuries ARE serious and that YOU are more than just a file number. Call (267) 225-3317 for a free consultation today.