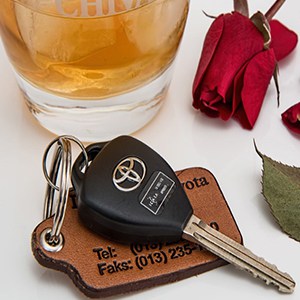 The Pennsylvania Superior Court recently decided the case of Commonwealth v. Jerome Hampton. This case is good news for privacy rights and the 4th Amendment throughout the Commonwealth. In short, the Court held that pulling your car or parking on the side of a road is not probable cause for a DUI arrest.

Search and Seizure Law in Pennsylvania

The Court explained: yo secure the right of citizens to be free from unreasonable search and seizure, courts in Pennsylvania require law enforcement officers to demonstrate ascending levels of suspicion to justify their interactions with citizens to the extent those interactions compromise individual liberty. See Commonwealth v. Reppert, 814 A.2d 1196, 1201 (Pa.Super. 2002) (en banc). For this purpose, courts in Pennsylvania have defined three types of police interaction: a mere encounter, an investigative detention, and a custodial detention. A mere encounter is characterized by limited police presence, and police conduct and questions that are not suggestive of coercion. Such encounters do not obligate the citizen to stop or respond and, consequently, need not be supported by any level of suspicion. Thus, the hallmark of a mere encounter is that the subject is free to decline to interact with the police or to answer questions, and is also free to leave at any time. See Commonwealth v. DeHart, 745 A.2d 633, 636 (Pa.Super. 2000). If, however, a police presence becomes too intrusive, the interaction must be deemed an investigative detention or seizure. An investigative detention, by implication, carries an official compulsion to stop and respond. Id. Since this interaction has elements of official compulsion it must be supported by a reasonable and articulable suspicion that the person seized is engaged in criminal activity and may continue only so long as is necessary to confirm or dispel such suspicion. Commonwealth v. Strickler, 757 A.2d 884, 889 (Pa. 2000). Finally, an arrest or custodial detention must be supported by probable cause to believe the person is engaged in criminal activity.

The Motion to Suppress

At the motion to suppress hearing, the Commonwealth argued that under the public safety exception, an officer should be allowed to stop, detain and question a person who has pulled their car over to the side of the road under the guise of “public safety”. The Superior Court disagreed and found that the officer’s testimony that he thought Mr. Hampton’s car may have been disabled or the passenger experiencing a medical issue was a mere pretext for an illegal stop. The Superior Court found that when Officer Byrne pulled in behind his vehicle, she blocked his egress in a manner that made it clear that he was not free to leave, thereby initiating an investigatory detention. Pointing to Officer Byrne’s suppression testimony that she observed no vehicle code violations while she was following Mr. Hampton, there was no probable cause or reasonable suspicion to support the vehicle stop.

Motions to suppress are only one of the many ways to win a DUI case. If you or someone you care about has been charged with any type of drinking and driving crime in Pennsylvania, you need the help of experienced counsel who understands the intricacies and most up-to-date case law with regards to DUI defense in Pennsylvania. Call (267) 225-3317 to for a free consultation to discuss your defense today.