What Are The First Steps To Get The Best Possible Outcome In A Slip and Fall Case? 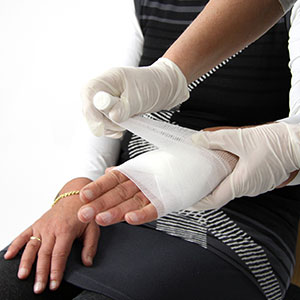 The single most important thing you can do in your slip and fall case is to take a picture of where you fell and what you fell on. This is very important because as soon as the liable party is put on notice of the injury, they might attempt to fix what caused the injury and cover it up (e.g. pothole, defect in parking garage). If the defect is transient, such as a water leak from the roof of a shopping mall, then it could be very difficult to prove the source of the leak as the defendant scrambles to fix the issue.

Now I know it is not always possible to take a photograph; You may be knocked unconscious or dazed and not thinking of litigation. So in the event, you cannot take a picture of the defect….

The law requires that defendants preserve all evidence of an incident once they were put on notice of that incident. Accordingly, only an attorney can begin the process of preserving the evidence of your slip and fall claim by putting the defendant on notice. In the event that you cannot take a picture of the defect, it becomes even more important to hire an attorney immediately. After receiving an attorney’s letter, if the defendant does not preserve evidence of the claim they can be sanctioned at trial and have a spoliation order entered against them.

What Evidence And Information From The Scene Is Critical To The Injured Party’s Claim In A Slip-And-Fall Or Trip-And-Fall Case?

Video evidence is often one of the most critical pieces of evidence because, without it, the defendant will almost always assert that they were not aware of the defect. For example, if Mr. Smith is walking in a grocery store when he slips on a spill in the refrigerated section and injures his back, he might not be able to take a picture of the defect because the liquid might no longer be there, or might have absorbed into his pants. Under these circumstances, Mr. Smith should report the incident to the store manager or owner, and then hire an attorney who can obtain the video evidence.

Is There Contributory Negligence In Pennsylvania?

Pennsylvania has contributory negligence, which means that the plaintiff can be found partially at fault for their injuries. It is very common for a jury to apportion a percentage of fault to the claimant in these cases because with the exception of completely hidden defects, the defendant will argue that the plaintiff should have been looking where they were going. As long as the jury does not assign more than 50 percent fault to the plaintiff, the plaintiff can still recover. For example, in a case involving a slip-and-fall accident on a pile of snow, the jury might find that while the landowner neglected to remediate the situation, the plaintiff should be held 20 percent at fault for not avoiding the pile of snow. A portion of fault on behalf of the injured party is by no means a bar to any claim.

Could A Property Owner Not Be Held Liable for a Slip and Fall On Their Property?

Property owners are only responsible for what can be reasonably expected of them. Accordingly, they can be only be held liable for portions of their property where it is expected that people would walk, such as the sidewalk.

In circumstances where it is not reasonable to expect that someone could get injured, such as the case with a trespasser who cuts through someone’s yard without permission, the landowner could have a strong defense. However, the determining factor will be the duty of the landowner……Why are they there? A landowner will have a different duty to the delivery driver navigating their sidewalk or driveway, then to someone just walking down the street.

For more information on First Steps In A Slip And Fall Accident Case, a personalized case evaluation is your next best step. Get the information and legal answers you are seeking by calling Troy Crichton, Esq. at (267) 225-3317 today.

Nebbia and Bail Hearings During Covid-19

Nebbia and Bail Hearings During Covid-19?  How can you get your loved one out of jail if no one is permitted in the Courthouse? Although, the criminal justice system has

Clients often ask me: “What if the witness doesn’t show up at the Preliminary Hearing? Will the case get thrown out?”  In Philadelphia Court of Common Pleas there is a

The Injury Settlement Troy Crichton, Esq., a Philadelphia lawyer representing victims of slip and fall accidents, has secured a $300,000.00 settlement on behalf of a young woman who was injured

How Do I Get Video Evidence from My Slip and Fall Accident? If you’ve been involved in a slip and fall accident at a place of business such as a

The impact of Gallagher v. Geico has begun to be felt across Pennsylvania as the door has opened to a slew of lawsuits dealing with Under and Uninsured Motorist coverage.

Get Help Now
Home » What Are The First Steps To Get The Best Possible Outcome In A Slip and Fall Case?