A Car Caused My Bike Accident. Can I Sue? 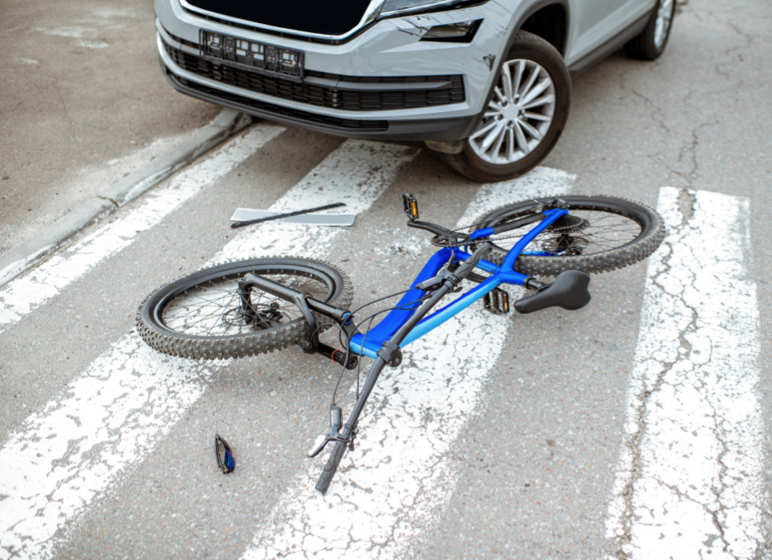 In Pennsylvania, bikes are treated like cars and must follow the same traffic laws as other motor vehicles on the road. Bikes, like cars, must stop at stop lights, signal turns, follow right of way laws, and more. Since COVID-19, biking has become even more popular in Philadelphia and surrounding areas, providing safer alternatives to public transportation and public fitness. With more cyclists than ever on the road, the risk of bicycle accidents caused by cars increases.

Philadelphia is one of the Most Bike-Friendly Cities

In addition to several bike routes and bike storage, Pennsylvania laws protect bikers and cyclists from other motor vehicles more than most states. Motor vehicle drivers do owe additional care to bikers. Pennsylvania law requires drivers to maintain a four foot distance from bikers when passing them. Drivers must also exercise additional care when opening car doors, taking extra precautions to ensure that they do not hit oncoming cyclists. Though both drivers have to follow traffic laws, car drivers are expected to slow down when passing cyclists in addition to maintaining a four foot distance. When making right turns, drivers cannot cross over or cut off a bicyclist’s path.

What Constitutes a Motor Vehicle-Bicycle Accident?

When car drivers are negligent, and fail to exercise a reasonable duty of care on the road, accidents happen. In 2018, nearly 1,000 bike accidents were reported to the Pennsylvania Department of Transportation. Of these accidents, over 960 caused injury, and 18 were fatal.

A car-caused bicycle accident can happen in many ways, but is almost always due to negligence. One of the most common car-bike accidents is a car door crash, when drivers open their door without checking for oncoming bicycle traffic. Cyclists may swerve out of the bike lane or directly crash into the car door. Car drivers can also be the cause of your accident even if they didn’t hit you. In Pennsylvania, these drivers can still be found liable if their negligence contributed to or directly caused the accident.  For example, if a car driver fails to fully stop at a stop sign and causes an oncoming cyclist to swerve and crash into another vehicle or object, the car driver can be liable.

What Should I Do if a Car Caused me to get in an Accident on my Bike?

The most important thing to do is call the police right away, even if you or anyone in the accident isn’t injured. Recording the accident can be important later if you decide to pursue legal action. In some cities, particularly larger ones, police officers may not be able to come to the scene. Still, having an official record is important in case you need to pursue legal action. In a time of crisis, it is important to stay vigilant and gather as much information about the accident as possible. Getting a police report and a DC# will be very useful later.

Exchange information with the driver. Be sure to exchange insurance information, just like you would in a car crash. If the driver flees the scene, attempt to

My Injuries Required Medical Attention, Am I Insured?

A Car Caused my Bike Accident. Can I Sue?

If you have been injured in a bicycle accident because of a car driver’s negligence, then you have a right to recover compensation for your injuries. Pursuing legal action could cover medical expenses, lost wages, and even provide compensation for pain and suffering.

Attorney Crichton is an experienced personal injury lawyer and will advocate for you. Attorney Crichton will investigate the incident, preserve your claim, and negotiate with insurance adjusters while you focus on healing.

You can schedule a free, individualized case consultation today. Call (267) 225-3317 to request an appointment.

All of our personal injury cases are handled on a contingency basis, so you won’t pay unless you receive a financial reward for your case!

Get Help Now
Home » Auto/Car Accidents » A Car Caused My Bike Accident. Can I Sue?