1543b Lawyer Update: Driving While Suspended for DUI 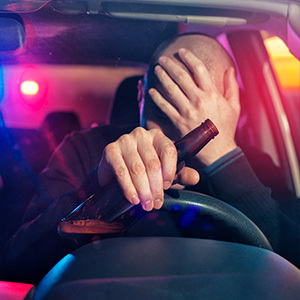 Penalty for Driving While Suspended for DUI: 1543(b)

If you’ve been charged with 1543b, you need a lawyer immediately. The penalties for driving while suspended for DUI are severe in Pennsylvania. Even if your license is suspended for refusing the blood test and you are eventually found not guilty of the underlying charge you can still run into trouble with the license suspension itself.  75 PA.C.S 1543(b) is the applicable statute. Although this statute is merely under the traffic code, it contains a mandatory 60 day imprisonment sentence. Clients are often very shocked to find out that the driving while license suspended for DUI charge carries more time than the DUI itself. The statute requires 60 days for the first offense, 90 days for the second offense and six months for the third offense.  These penalties are mandatory and the judge cannot sentence a person to less even with exceptional mitigation.  Each driving while suspended for DUI offense also carries with it an additional license suspension as well as an fine starting at $500 and increasing with each offense.  Many of the counties surrounding Philadelphia such as Chester, Delaware, Montgomery and perhaps the most notorious: Bucks County have taken a hard line with these charges.  Many of the police officers in Bucks County have even received explicit instructions from the District Attorney and their commanding officers to never negotiate down 1543b.  Accordingly, many defendants end up at the mercy of the local district attorney because there are rarely any viable defenses to a charge of driving while license suspended due to DUI.  This mandatory minimum sentencing used for 1543(b) is very unique as it creates what is called a “flat sentence”. This means the law directs that you only serve the 90 days. However, Pennsylvania law requires that all sentences of incarceration require a minimum and a maximum.  The PA Supreme Court recently addressed this question in Commonwealth v. Eid on April 29, 2021 and ruled that the sentencing portion of the law for 1543(b) is statutorily vague and must be readdressed by the legislature.

What Happened in Commonwealth v. Eid?

In Eid, the defendant raised the following two questions:

(1) Is Petitioner’s sentence under 75 Pa.C.S. § 1543(b)(1.1)(i) illegal because the statute is unconstitutional under Birchfield v. North Dakota, U.S.  136 S.Ct. 2160 (2016), Article I, Section 8, due process, and this Court’s precedents because it increases the punishment for a criminal offense based upon the refusal to submit to a warrantless blood test?

(2) Is Petitioner’s sentence ordered by a three judge Panel of the Superior Court under 75 Pa.C.S. § 1543(b)(1.1)(i) illegal because the statute is unconstitutionally vague in that it fails to provide for a maximum penalty, and therefore, any sentence above a 90 [day] flat sentence violates the state and federal Due Process Clauses?

In short, the PA Supreme Court held that 1543B is not unconstitutional simply because it increases the punishment for a criminal offense based upon the refusal to submit to a warrantless blood test. In Eid, the Defendant was “provided with an opportunity to make a ‘knowing and conscious choice’ between providing voluntary consent to a chemical test”—pertinently, of his breath—”or accepting the consequences that will follow from the refusal to do so.” Accordingly, that was sufficient to sustain his subsequent conviction for 1543(b) insofar as the civil penalty for the refusal legally suspended his license as an element of 1543(b).

However, the PA Supreme Court’s analysis of the second issue on appeal was very interesting and long overdue. The Court found that the mandatory minimum for Driving While Suspended is unconstitutionally vague and have rendered it inoperable for the time being. The Court reasoned: “In order to afford sufficient notice for due process purposes, a sentencing statute “must specify the range of available sentences with ‘sufficient clarity.'” Beckles v. United States,  U.S., 137 S.Ct. 886, 892 (2017) (quoting Batchelder, 442 U.S. at 123). As the foregoing analysis demonstrates, that clarity is lacking here. The statutory history relied upon by the Commonwealth unmistakably reveals the existence of a gap in the DUI statute that has persisted since the inception of paragraph (b)(1.1)(i) nearly two decades ago. We hold that the absence of a maximum term renders the pertinent DUI sentencing provision unconstitutionally vague and inoperable for the time being. We leave it to the General Assembly to remedy this impediment, if it so chooses, either by amending the statute to provide for a maximum term of imprisonment or by expressly permitting flat sentencing within a range not to exceed that maximum sentence.

The law has never been better for people rights in Philadelphia.  If you have a case involving a DUI or 1543b, you need an experienced 1543b Lawyer who is up to date on the latest developments in the law. Troy Crichton, Esq. has litigated hundreds of DUIs in Philadelphia, Bucks, Montgomery, Chester, Delaware Counties and stays abreast of the latest developments in criminal justice law. Call 267-225-3317 for a free consultation today.  Don’t take any deal until you’ve had your case reviewed by a 1543b lawyer who understands the legal nuances of a Pennsylvania law.