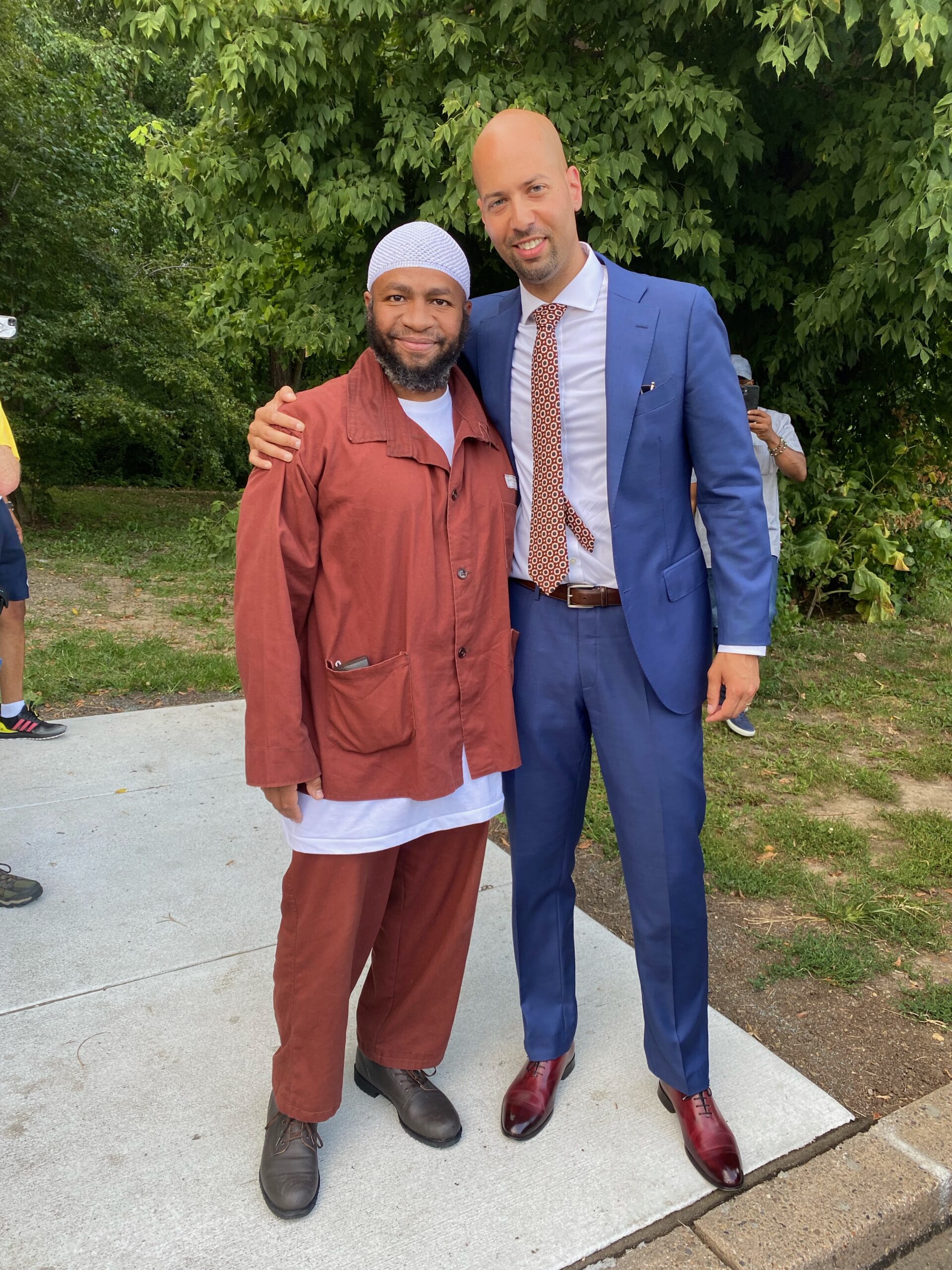 Troy Crichton Esq. has secured freedom for his client, Jehmar Gladden, who had been incarcerated for over two decades

Mr. Gladden was wrongfully convicted of second-degree murder in 1999 and was incarcerated since he was just 18 years old.

On August 10th, Attorney Crichton successfully reversed Gladden’s life sentence and second-degree murder conviction in a hearing before Judge Scott DiClaudio, allowing his client to return home for the first time in 24 years.

Gladden’s original conviction was based off the 1996 murder of Bernard Hulon Howard who was fatally shot in his own home. Gladden was at Howard’s West Philadelphia home when an altercation over a small drug debt occurred between Howard and local drug dealer, Jimel Lawson. Lawson, who was armed, fatally shot, and killed Howard. At the time of Howard’s murder, Jehmar was unarmed. Since his incarceration, Gladden has steadfastly maintained his innocence, insisting that he was almost a victim himself.

In May of 1999, Gladden was tried alongside the perpetrator and another co-defendant, Terrance Lewis. An eyewitness had placed all three men at the West Philadelphia home on the day of the murder. Though Gladden was unaware of Lawson’s intentions, he was sentenced to serve life in prison without the possibility of parole by a trial jury.

In 2019, however, Gladden’s co-defendant, Terrance, was exonerated. Mr. Lewis proved he had not been at Howard’s house during the murder. Lewis’s exoneration brought additional scrutiny to the 1999 case.

Attorney Crichton agreed to represent Gladden, intent on further investigating prosecutorial failures and proving wrongful conviction. In his filing, Attorney Crichton cited myriad issues in the 1999 trial. He argued that prosecutors had illegally withheld several pieces of key evidence during the trial. Concealed documents showed that the prosecutions’ sole eyewitness, a drug abuser, was under the influence at the time of her testimony and on probation for a drug arrest. The witnesses’ testimony was integral to Gladden’s conviction despite credibility concerns.

In citing the 1999 trial’s deficiencies, Attorney Crichton demonstrated that Gladden’s second-degree murder conviction was based off little evidence and an unreliable key witness.

Prior to the August 10th hearing, Attorney Crichton proactively negotiated with Philadelphia’s Conviction Integrity Unit (CIU) to ensure there were no objections to his client’s release. The CIU, represented by Assistant District Attorney Andrew Wellbrock, agreed that Gladden’s original trial had severe deficiencies and supported vacating his life sentence.

Though there was not have enough evidence to support Mr. Gladden’s exoneration, his release comes at a pivotal time in Philadelphia. In 2020, more wrongfully incarcerated individuals were exonerated in Philadelphia than anywhere else in the country. Wrongful convictions are estimated to make up between 2-10% of all incarcerated people in the United States. Many of these cases are due to police and prosecutorial misconduct.

Upon his release, Jehmar was reunited with his daughter, who was just a year old when he was first incarcerated, his mother, two sisters, and grandson.

This story was covered in the media. Read more about Attorney Crichton’s victory in the Philadelphia Inquirer.

Do You Need A Criminal Defense Attorney?

If you or a loved one are facing criminal charges in Philadelphia, you should retain an experienced defense attorney to advocate for you. Attorney Crichton has extensive experience handling criminal cases in Philadelphia and will help you with your defense. His knowledge of local courts, prosecutors, and judges can significantly benefit your defense. Attorney Crichton has proven experience negotiating with prosecutors to get the best outcome for you.

Unsure if You Should Retain Legal Counsel?