How Is The Value Of A Slip-And-Fall Or Trip-And-Fall Injury Case Determined? 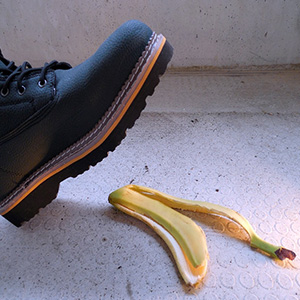 The value of a claim is determined on an individual basis. I often tell people that the best way to think about it is with this hypothetical:

If LeBron James slips and falls at the grocery store and sprains his ankle, what is that worth? LeBron James, probably one of the greatest basketball players to ever live, makes millions of dollars a year, which means that his ankle is literally a multi-million-dollar ankle. As such, the value of this case will be very different than the value of case in which Troy Crichton, personal injury attorney, slips and falls and breaks his ankle. Is Lebron James’ sprained ankle worth more than Troy Crichton’s broken ankle? Yes.

Different injuries are worth different amounts. For example, the value of a case involving a back or knee sprain will be very different than the value of a case involving a torn ACL and the need for surgery. Similarly, the length and time of treatment can have a big impact on how much a case is worth. If you feel better after six months of physical therapy, then your case will be worth less than someone who has been in and out of treatment for a year and a half, and is now being told they need surgery.

How Do You, As The Attorney, Know When To Advise Your Clients To Consider Settling?

You have to know what the case is worth. That is the type of knowledge that can only come with experience. A savvy personal injury attorney will be able to give you an estimate of what your case may be worth as well as a candid discussion of the obstacles and limitations you may face. However, deciding when to settle is a highly individualized determination that involves a myriad of factors.

In addition to any issues with liability and damages, time is always an issue and litigation takes a lot of time. For example, if there is a $50,000.00 offer on the table and I believe it to be worth $60,000.00 at trial, I might advise my client to settle. Even though it’s not the full value of the case, an additional $10,000.00 spread out over the span of two years may just not be worth it. Similarly, there have been many times a settlement offer will come in overvalued due to a well-crafted demand package. You have to know when to hold ‘em and know when to fold ‘em.

What Are Some Ways That You Have Seen People Unintentionally Hurt Their Slip-And-Fall Or Trip-And-Fall Case?

One of the most common ways I see people hurt their slip and fall case is not specifically telling your medical providers how the fall happened or not being consistent with what you told them (or how they happened to write it up!) For example, if you tell the emergency room physician that you fell down the steps and then tell your surgeon that you slipped on water on the steps, the defense attorney will use those medical records in an attempt to make you look like you’re lying when in fact both are true. Yes, you fell down the steps, and yes, it was because they were wet and slippery. However, defense attorneys love to use minor inconsistencies to confuse a jury and attempt to make the Plaintiff look like a liar.

What Do You Say To Potential Clients Who Think That Since Liability Seems Clear, They Don’t Need To Hire An Attorney?

Without an attorney, the property owner’s insurance company is not going to take you seriously, because they are going to know that you don’t know the value of your case or what to expect. For example, a woman who sustained injuries in an auto accident decided to handle her claim alone. In negotiations with the insurance company, she was offered $3,000. She was smart enough to know that her injuries were worth more than $3,000, but she had hit a roadblock. The adjuster said, “Look, it’s $3,000, that’s all I can do. Maybe I can go up to $5,000.”

She decided to get a second opinion, which led her to call me. I advised her not to take the offer and said that if she hired me to represent her, I would not charge a fee on the first $5,000 they offer. With nothing to lose, she agreed. About two or three months later, I settled that case for $30,000, which just goes to show that the adjuster was trying to take advantage of her. Since there was no threat of litigation, they decided not to take her seriously until she hired me. I stayed true to my word and did not charge a fee on the first $5,000, and she was thrilled. From that day forward, she said, “If this ever happens again, I’ve got to call you.”

What Sets You Apart In Handling Slip-And-Fall Or Trip-And-Fall Personal Injury Cases In Your Area?

A lot of attorneys just settle cases; you may be surprised to know that most lawyers have never even tried a case to verdict! If you’ve been seriously injured, you need to be confident that your lawyer can go the distance, try a case and win! I have tried hundreds of cases and most notably I was lead trial counsel in Babbish v. Pixie Paradise in Luzerne County, PA, which resulted in one of 2018s highest verdicts in the United States. This 5-day jury trial resulted in a $800,000.00 award for a 64-year-old woman who slipped and fell on snow outside a daycare when she was picking up her 3-year-old grandson when she injured her lower back and broke her left ankle. In Spring 2020, the decision was affirmed by the Pennsylvania Superior Court. It was a Top 100 National Trial Verdict and a Top 10 Trial Verdict in Pennsylvania for 2018. The case was also featured on www.Law.com.

For more information on Value Of a Slip And Fall Injury Claim In PA, a personalized case evaluation is your next best step. Get the information and legal answers you are seeking by calling Troy Crichton, Esq. at (267) 225-3317 today.

1543b Lawyer Update: Driving While Suspended for DUI

One of the most common type of personal injury cases are slip and falls. Slip and fall accidents are accidents that occur when a person slips and falls on water,

Motion to Suppress: Search Warrants Required for Car Searches (Again!) A Motion to Suppress from the Philadelphia Court of Common Pleas has significantly changed Pennsylvania law. On December 22, 2020,

First 5 Steps After Being Injured In A Drunk Driving Accident

The decision to drink and drive not only endangers the life of the person who drives while intoxicated, but also the lives of others on the road. One of the

In December 2020, the Pennsylvania Supreme Court in Graham v. Check, overturned a trial court’s decision to instruct the jury on the sudden emergency doctrine in a pedestrian v. car

Get Help Now
Home » How Is The Value Of A Slip-And-Fall Or Trip-And-Fall Injury Case Determined?