Injured at NOTO Nightclub in Philadelphia? 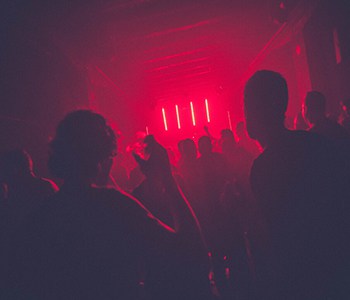 NOTO NIghtclub at 1209 Vine Street in Philadelphia bills itself as “Not Of The Ordinary” and states that it is Philadelphia’s only state of the art nightclub. However, I’ve been seeing more and more injured Philadelphians with complaints against NOTO Nightclub oscillating between ineffective and lax security who fails to protect people from aggressive and fighting patrons or extremely aggressive security forces who themselves have started fights and injured patrons at the club. As recent as October 26, 2019, a man was shot inside the nightclub and instead of receiving immediate medical attention by the club or NOTO calling 911, hei he walked to Hahnemann Hospital only to find it closed.

Attorney Crichton has prosecuted several actions against bars and restaurants similar to NOTO Philadelphia. These actions are called Philadelphia negligent security lawsuits and commonly arise when someone is injured where alcohol is served.

Negligent security occurs when a business or private property owner fails to provide adequate, reasonable security for its customers or visitors. That carelessness can result in serious injuries or death for innocent victims. Certain types of premises require security due to their very nature. Places such as bars, clubs and concert venues know that there will be many people drinking and dancing and therefore they must have security to make sure nobody gets hurt. In the event that someone is injured, whether from tripping and falling from a misplaced obstacle or injured from an out of control mosh pit, the business owner may be liable. In short, business owners have an obligation to protect patrons on their property, not only from defects on their property, but also from other patrons.

How can I hold a Philadelphia Nightclub responsible for my Injuries?

Most licensed and insured nightclubs typically have at least one million dollars in liability insurance. This insurance will cover most accidents that occur on the night clubs premises. Accidents such as slips, falls, crowd control, and other knock downs typically fall under these policies. However, when the security company itself is negligent, you may be able to recover from both the security company and the nightclub who hired them. If you’ve suffered broken bones, assault, or any other type of catastrophic injury at a nightclub, whether due to the club’s security or another patron at the club. You may have a strong Philadelphia personal injury claim.

Contact us for your free case evaluation. All of our personal injury cases are handled on a contingency basis, so you won’t pay unless you receive a monetary award for your case. Call (267) 225-3317 today for free consultation.