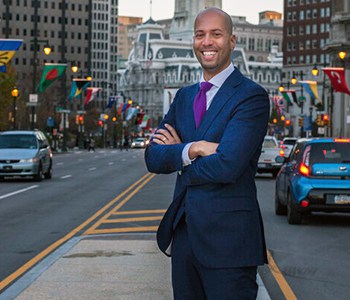 Pennsylvania and New Jersey Dram shop Lawyer Troy Crichton secured a confidential settlement against a New Jersey Bar in a difficult Dram shop action where his client was seriously injured after being illegally served alcohol in a New Jersey Shore town. Dram shop law are laws that exists to help protect the public from intoxicated people, but it is also a public policy that protects intoxicated patrons from others and themselves.

What is NJ Dram Shop Law?

(b.) A licensed alcoholic beverage server shall be deemed to have been negligent only when the server served a visibly intoxicated person, or served a minor, under circumstances where the server knew, or reasonably should have known, that the person served was a minor.

The Facts of the NJ Dram Shop Lawsuit

In October 2018, my client finished up his shift at work before driving to a local bar with some friends. He was 20 years old at the time. Despite using his legal NJ ID, the establishment allowed him to enter and drink alcohol to the point of visible intoxication. Once inside, he ordered and paid for multiple alcohol laden drinks from the bartender, i.e. multiple shots of liquor, Red Bull/Vodkas, Long Island Ice Teas and other extremely questionable drinks. At no time in the two hours he was at the bar ordering copious amounts of alcohol did the bartender question his behavior, his level of intoxication, or ask him for proof of age. His intoxication was so apparent that the bar employees eventually asked him to leave. However, instead of offering to call him a taxi or Uber to make sure he gets home safely. The bar ejected him into the night in a dangerous state of intoxication. He got into a vehicle and attempts to drive home. However, he quickly crashed into a tree mere blocks from the bar. He was discovered unconscious and taken to the Monmouth County Emergency Room. At the emergency room he was discovered to have a BAC of .234% and have sustained concussion and related brain injuries.

Can I sue if I was injured due to someone being over-served alcohol at a bar in Pennsylvania?

Yes. Pennsylvania also has dram shop laws similar to New Jersey. You may have see the VIP signs hanging in your favorite establishment, just as in New Jersey, Pennsylvania and Philadelphia bars have a duty to make sure their patrons are over 21 and do not become so inebriated that they become a danger to themselves or others.

Most often, the Pennsylvania Dram Shop law is used after an intoxicated person causes a serious auto accident. It’s often a part of a larger lawsuit filed against the driver himself or herself. However, a Dram Shop lawsuit doesn’t have to be an auto accident — if a bar serves a visibly intoxicated person who then starts a fistfight and seriously injures another patron, that patron could sue the bar under the dram shop law.

Similar to New Jersey Law, in order to successfully sue under the dram shop law, you must be able to prove that:

An employee or “agent” of an establishment served alcohol to someone at a time that that person was visibly intoxicated. Whether someone is “visibly intoxicated” depends not on blood-alcohol content or number or drinks, but rather on apparent signs of intoxication like bloodshot eyes, slurred speech and staggering. In some cases, visible intoxication may be proven with strong circumstantial evidence, like blood-alcohol measures or a guilty plea to a DUI; and,

The business or host’s decision to serve alcohol to the visibly intoxicated person directly led to the injuries.

In order to maintain a cause of action in Dram Shop cases, a claimant must present evidence that is sufficient to meet the requirements of Pennsylvania’s Dram Shop Act. Pennsylvania’s Dram Shop Act reads as follows: “No licensee shall be liable to third persons on account of damages inflicted upon them off the licensee’s premises by customers of a licensee unless the customer who inflicts the damages was sold, furnished or given liquor or malt or brewed beverages by said licensee or his agent, servant or employee when said customer was visibly intoxicated.” 47 P.S. § 4-497. See Tuski v. Ivyland Café, 2004 WL 4962363 (Pa. Com. Pl. 2004).

A plaintiff must establish that a licensee served a patron when the patron was visibly intoxicated to establish a cause of action. In a Dram Shop case, “The jury may not be permitted to reach its verdict merely on the basis of speculation and conjecture, but there must be evidence upon which logically its conclusions may be based.” Rohm & Haas Co. v. Continental Casualty Co., 732 A.2d 1236, 1254 (Pa. Super 1999). However, expert testimony corroborated by additional circumstantial evidence is sufficient to state a cause of action that will withstand summary judgment on the issue of whether a patron is visibly intoxicated. Fandozzi v. Kelly Hotel Inc., 711 A.2d 524 (Pa. Super. 1998). Proving a patron is visibly intoxicated, although requiring expert testimony often comes down to good old fashioned common sense. Most bars and taverns in the Philadelphia area will employ security cameras and have well trained staff who are able to look for the tell-tale signs of intoxication.

What are signs of Visible Intoxication in a Philadelphia bar and restaurant?

Injured due to an over served bar patron in Pennsylvania or New Jersey?

You can recover compensation for your injuries if you are injured due to a visibly intoxicated bar patron, even if that patron is yourself. Bars in Philadelphia, Pennsylvania, Camden, New Jersey and throughout both states have an obligation to make sure their patrons consume alcohol responsibly.

Whether you are suffering from physical pain and suffering, lost wages from time out of work, or even the wrongful death of a loved one, if you are entitled to compensation, Pennsylvania and New Jersey Dram Shop lawyer Troy Crichton will fight for your just compensation. We’d like to help. us for your free case evaluation. All of our personal injury cases are handled on a contingency basis, so you won’t pay unless you receive a monetary award for your case. Call (267) 225-3317 today for free consultation.