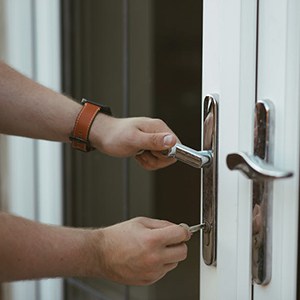 Pennsylvania’s Comparative Negligence law allows individuals who have been injured in an accident to recover compensation for damages even when they are partially at fault. What does this mean for you? It means if you’ve been injured, you need an experienced Pennsylvania injury attorney in your corner. Any lawyer can win settle a rear-end car accident case for a couple bucks, but it takes an experienced trial lawyer to go to trial AND WIN! Troy R. Crichton has tried hundreds of cases and is not afraid to take your case to the courtroom. If you’re wondering whether you were partially at fault for an accident call (267) 225-3317 today for a free consultation.

So what is Negligence and Comparative Negligence?

A person is negligent if they fail to act reasonably in certain situations. This standard is based on “what a reasonable person would have done or not done in certain situations.” There are many different standards used for different situations, and in some cases, a person can be negligent regardless of how others act. For example, on the road, societal norms tell us to stay to the right, drive at a safe speed and yield to oncoming traffic. If you fail to do these things and cause an accident well, then, you were negligent. Certain professionals such as doctors and lawyers are held to higher standards than a regular person which are based on the “standard of care” of that particular profession.

Pennsylvania’s comparative negligence laws, state that a plaintiff’s contributory negligence does not bar him or her from seeking compensation for damages, as long as he or she was less negligent than the defendant. Under this law, each party in a negligence claim is assigned a percentage of fault. This percentage reflects how much their action (or inaction) contributed to the accident and injuries. Pennsylvania follows a 51 percent comparative negligence rule, which means you can recover damages if you were less than 51 percent at fault. If you are found to carry more than 50 percent of the fault for the accident, you will be unable to seek compensation for damages. Similarly, the percentage of negligence apportioned will reduce any monetary award by the same.

Pursuant to long standing Pennsylvania law, “minors between the ages of seven and fourteen years are presumed incapable of negligence, but such a presumption is rebuttable and grows weaker with each year until the fourteenth year is reached.” Kuhns v. Brugger, 390 Pa. 331, 340 (1957). “The standard by which actions of children are to be measured is the child’s capacity to appreciate the danger involved.” Id. at 341 (quoting Philadelphia, Baltimore and Wilmington R.R. Co. v. Layer, 112 Pa. 414, 419, 3 A. 874).

For example, if a child slips and falls on someone else’s property the property owner can’t argue that “well that eight year old should pay more attention to where he’s walking.” In the event that you have questions regarding a person’s negligence, it is critical that you contact an attorney immediately. Troy R. Crichton, Esq. and his team of investigators will act promptly to preserve evidence and show that insurance company what really happened.