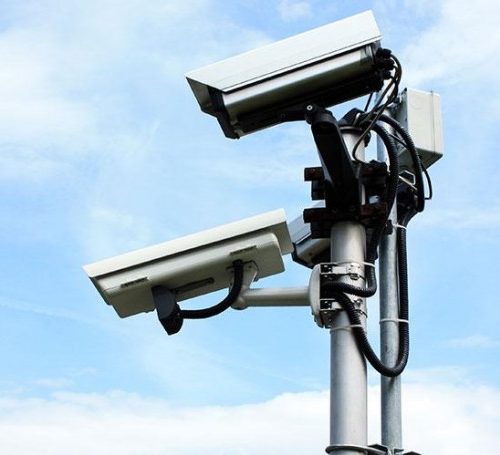 How Do I Get Video Evidence from My Slip and Fall Accident?

If you’ve been involved in a slip and fall accident at a place of business such as a movie theater, grocery store, or parking lot, you may be wondering how you obtain a video from the slip and fall. As we all know, video surveillance is everywhere, but unfortunately, many businesses will not simply turn over video surveillance when it does not benefit them. Defendants typically will require an order from the police or subpoena before they turn over adverse evidence. But if the evidence of your slip and fall is in the possession of the persons responsible for the fall, how is it possible to get the video evidence of the fall?

In order to get the video evidence of your slip and fall, the first step is to hire an attorney. Attorney Troy Crichton will launch an immediate investigation to ensure the Defendant is on notice of your claim and that evidence is preserved. Private defendants, insurance companies, and corporate defendants will know the gravity of your claim, when they receive notice from your counsel. At the beginning of any injury investigation, Troy Crichton, Esquire will identify the proper defendant through property records, corporation searches and other investigative techniques. Once properly identified, Mr. Crichton, will contact the proper entity, confirm their insurance coverage and most importantly….demand the preservation of any video evidence.

This is a critical step of any personal injury litigation and can only be done properly by a licensed and experienced lawyer. Accordingly, it is imperative to contact an experienced slip and fall lawyer as soon as possible after an accident, especially if you were unable to take a photograph of the defect or if the defect was transient, such as ice or snow. Failure to timely put the defendant on notice of your claim can be fatal to your claim. If you or someone you know has been injured in a slip and fall accident, call 267-225-3317 to speak with Troy Crichton, Esquire, your Philadelphia Slip and Fall lawyer.

What Happens If The Defendant Won’t Turn Over The Video?

In addition to hiring an attorney you should, if able, report your accident to the manager or whomever is in charge of the premises immediately because this will ensure they are on notice of the claim. Once a defendant is on notice of a claim, they have a duty to preserve the evidence of a claim and their failure to do so can later be held against them in Court.

In Harriet Marshall v. Brown’s IA LLC, 2019 Pa. Super. 94, No. 2588 EDA 2017 (March 27, 2019), the Pennsylvania Superior Court ordered a new trial on the grounds that the Defendant Shop Rite did not adequately preserve video footage of the incident and that such conduct was grounds for a spoliation instruction at trial.

What happen at the trial court?

In this matter, the Plaintiff was shopping at a Shop Rite when she fell on liquid and injured her back and hip. After making a report to the manager of the grocery store, she also retained counsel. Plaintiff’s counsel’s sent a spoliation letter demanding that Shop Rite preserve the video of the incident and also several hours before and after the fall. Instead of complying with Plaintiff’s request, the Defendant only preserved the video of the actual fall and allowed the rest of the evidence to be taped over. At trial, Plaintiff’s counsel requested an adverse inference/spoliation jury instruction due to Defendant’s taping over the evidence.

What is Evidence Spoliation?

Plaintiff argued that without the video several hours before the accident, Plaintiff’s counsel was precluded from showing the jury how the liquid condition accumulated on the floor, how long it had been on the floor, and whether or not the Defendant made any reasonable inspections of the area before the fall. The trial court rejected Plaintiff’s argument and the jury eventually found for the Defendant Shop Rite.

On Appeal to the Superior Court

The Plaintiff appealed the decision to the Pennsylvania Superior Court, arguing that the trial judge made a mistake by refusing to give an adverse inference instruction to the jury. The Superior Court noted that events occurring well before a fall may be relevant in determining the store’s notice of the hazard and if the store was taking reasonable steps to keep its premises safe. Ultimately, the appellate court found the instructions in the letter from the Plaintiff’s attorney to ShopRite to preserve footage before and after the fall were arguably relevant. In addition, the Superior Court found it suspicious that ShopRite did not follow its own guidelines in preserving twenty minutes of surveillance before and after a fall and the store could not explain why it departed from its normal practice or who made the decision to do so. The Superior Court found it even more suspicious that ShopRite chose to retain only thirty-seven minutes of footage in advance of the fall when it’s last inspection of the area was allegedly fifty minutes earlier. Nor did the store have any evidence or a witness who could say that they watched the hours of footage and determined it wasn’t relevant. Accordingly, the verdict in favor of ShopRite was reversed and a new trial was ordered.

What is the law regarding video of my slip and fall accident?

On May 3, 2020, the Pennsylvania Supreme Court declined to review Marshall v. Brown and this case is now a precedential decision regarding video evidence in Pennsylvania. If you have a slip and fall accident in Philadelphia, PA it is imperative that you immediately hire an attorney to preserve video evidence. Marshall v. Brown, instructs Defendants that they must comply with Plaintiff counsel’s reasonable requests for video evidence. It also illustrates that the video evidence before an accident is probative and admissible to show how the defect occurred AND as to whether the Defendant had taken reasonable steps to prevent the fall.

If you or someone you know has suffered a slip and fall accident, it is important to act quickly to preserve your legal rights. Contact Troy Crichton, Esq. an experienced Philadelphia trip and fall lawyer today at (267) 225-3317. The consultation is free and confidential. Troy Crichton can help you determine whether you have a valid claim as well as securing the compensation to which you are entitled.

Get Help Now
Home » Blog » How Do I Get The Video From My Slip and Fall Accident?