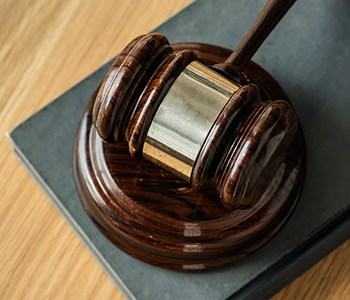 In Philadelphia, Pennsylvania, Preliminary Hearings are only held for felony crimes. The hearings take place at the Juanita Kidd-Stout Criminal Justice Center located at 1301 Filbert Street, Philadelphia, Pa 19107. A preliminary hearing may appear to be like a trial, but it is not. At trial, the Commonwealth has to prove their charges beyond a reasonable doubt, during a preliminary hearing the Commonwealth must only show that there was probable cause that a crime was committed and more than likely the Defendant was the one who committed it. This standard is often referred to as a prima facie case. If the Commonwealth establishes this evidence the Defendant is then “held over” for Court and the litigation continues. A preliminary hearing is not a motion to suppress, where the Defense may argue the police action was unconstitutional or the proper venue to argue that the witness is lying; however, there are several ways to win at a preliminary hearing.

How to Win a Philadelphia Preliminary Hearing

In Philadelphia there are many ways to win a preliminary hearing. Although the burden is in favor of the Commonwealth, the Defense is entitled to several critical Constitutional protections:

The defenses’ ability to challenge evidence at a preliminary hearing is why it is such a crucial step in the criminal justice process. For example, if a defendant is accused of Aggravated Assault (F1), it is possible to challenge the complaining witnesses injuries to see if they reach the level of “serious bodily injury” which is required by statute. Many times, a typical fistfight may be charged at an Aggravated Assault when at preliminary hearing, the Commonwealth can only establish a simple assault. When this occurs the aggravated assault is dismissed and the Simple Assault is held for court. This can have serious implications! The maximum penalty for an Aggravated Assault is 10-20 years imprisonment, while the maximum penalty for a simple assault is 1-2 years. Clearly, hiring an attorney at your preliminary hearing is imperative to effectively fight your charges.

Should I Waive my Preliminary Hearing?

Preliminary Hearings in the counties surrounding Philadelphia are quite different. Instead of at the county courthouse they often take place in front of Magisterial Judges, who may have offices in small strip malls or the back of police stations. It can be quite a different experience than in the Philadelphia Criminal Justice Center. In the counties, Defendants also receive preliminary hearings for misdemeanors as well as felonies. Therefore, there are some pros and cons….in the counties you have a much better chance of working out a diversionary program or reduced charges at the Preliminary Hearing without having to go to the county courthouse at all. In these instances, the Commonwealth may simply dismiss the charges after community service or payment of a fine.

In the counties it is also very common for a police officer to conduct the Preliminary Hearing, again, this has pros and cons. When a police officer conducts the hearing it is much more likely to be held for court, but it is also easier to get charges reduced if the Defendant did not give the police officer a hard time during arrest. ALWAYS be courteous to the arresting officer! It may be the worst night of your life, but you have no idea how far the word of the arresting officer will impact the eventual outcome of your case in the counties.