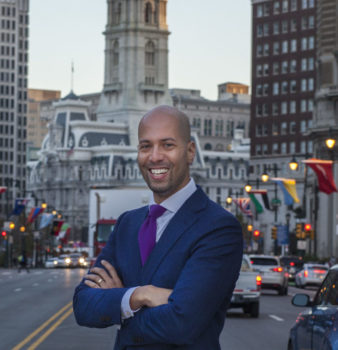 Troy Crichton, Esq., Delco lawyer, has secured a $100,000.00 settlement on behalf of a woman injured in a DelCo car accident.   The client was struck on the passenger side of her Toyota Prius by a Ford D-150 which pulled out in front of her while she was stopped in notorious DelCo traffic. Although the Defendant was clearly at fault for not seeing her Toyota Prius as he negligently pulled into traffic, this matter was initially denied by the Defendant’s insurance company on the basis of limited tort.  (Click here for a discussion of the types of auto insurance available in DelCo and make sure you have proper coverage if you ever suffer a DelCo car accident.) The Defendant’s insurance company denied the claim stating that her injuries were not serious enough to warrant compensation.

What Injuries Are Serious Enough for Limited Tort?

The client struck her head and left side of her body on the driver’s side window due to the impact, but the airbags did not deploy.  She did not immediately report to the hospital, but in the next few days she developed bruising on her head and legs, constant headaches, as well as lower back pain.  She was eventually diagnosed with a concussion and began physical therapy for her lower back pain. The physical therapy did not relieve her pain and she eventually underwent a series of epidural injections at L5-S1. However, she also began suffering from light sensitivity due to her concussion. She treated with several concussion specialists at MainLine Health who related her light sensitivity to her striking her head in the accident.  Cognitive injuries are very difficult to quantify for monetary compensation; however, Troy Crichton was able to show that her injuries and pain and suffering were well in excess of the Defendant’s $100,000.00 policy limit.

Why Settle Instead of Going to Trial?

A Settlement is when both sides are able to come together and agree on an amount of compensation to be paid to the Plaintiff in order to resolve the case without a trial.  However, in this Delco car accident case, like most car accident cases, the amount of money a Plaintiff can recover was be constrained by the at fault parties policy limits.  In this case, the Ford F-150 had a policy limit of $100,000.00 and the Defendant did not have any assets of his own. Accordingly, attorney Troy Crichton was able to secure the maximum available as the Plaintiff did not have her own underinsured motorist coverage.  Underinsured motorist coverage is coverage a person can buy from their own insurance company to supplement compensation in the event that a tortfeasor does not have ample coverage.

How was the Car Accident Settlement Calculated?

In this matter the injury settlement was calculated to compensate the victim for both her past and future pain and suffering as well as medical expenses. The Defendant tendered their entire policy after litigation illustrated that her injuries and the effect of them on her life surpassed their limits of liability coverage. Accordingly, the insurance company tendered their policy in lieu of being subject to an excess verdict at trial.

Injured in a Car Accident in Delco?

Click below for a personalized case evaluation. Rest assured, Troy Crichton, Esquire will diligently investigate your case and ensure that you have the evidence required to secure an excellent settlement.